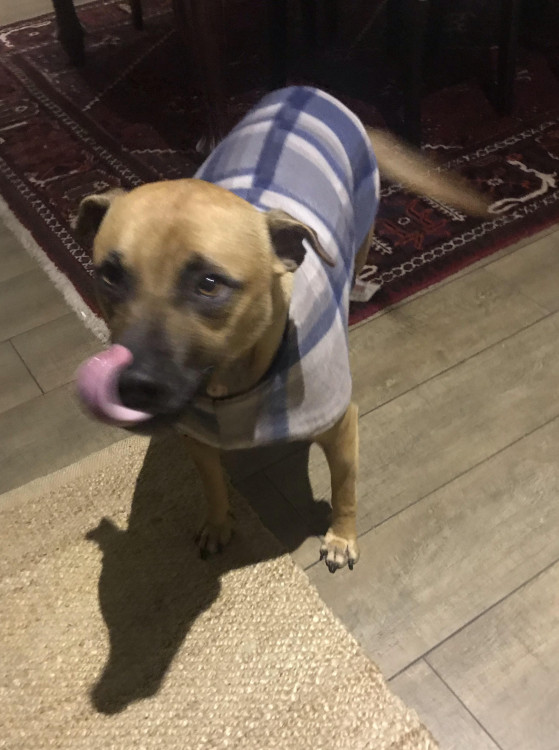 My name is Colette Victor (37) and I live in Cape Town.

I'm setting up this campaign for someone who doesn't have a voice: our 4 legged friend, Boris.

Boris came to live with us when he was 4 months old. He'd been rescued from a township where he was living on a concrete floor with his brothers and sisters. They were so malnourished that they had been forced to eat their own feces to survive. Needless to say, he came to us with mange, worms and a desperate need for love.

It wasn't an easy road, but with the help of behaviourists, he has transformed into the most loving, gentle natured dog who absolutely LOVES sleeping next to the fireplace and has a penchant for puppy food. Yup, you read that right, even though he is now a fully grown dog, he still loves eating the wholesome, rich puppy nibbles... He's also quite a sensitive little soul, not just emotionally, but physically as he tends to get allergies to certain grass pollen, but even that didn't keep him indoors.

Boris used to literally "bounce" like a deer when we took him out for walks in nature. That was, until he suddenly started favouring his rear leg, and we got the bad news - he had torn his cruciate ligament, but that wasn't the bad news... he had a genetically occurring luxating patella, which meant any remedial rest to get the leg to heal would be in vain as this meant it would probably just occur again and get steadily worse... and that's what happened. We treated him remedially, rested, medication and he got better! Then he relapsed, the leg was getting worse - we would need to operate, but because of the patella, it would need to be done by a Specialist - ouch! Then the third whammy came, because of this luxating patella, it would most likely occur in the other leg also... it was only a matter of time. So at the moment, he's become very tender and his "good" times on the leg are getting few and further in-between... time for the op is getting close. Yes, we did ask the Rescue agency if they could help in any way, but were told that they did not have the funds/savings for this - which we understand and accept as they have new dogs coming through their doors every day. So, we have to ask you all to help us get Boris back to bouncing his way through life!

Boris is stable, but it's getting worse every week - if we raise half the money, we can at least operate on one leg.

The operation was quoted as about R16,000 per leg with additional costs for rehabilitation afterwards.

We have saved money for the rehabilitation afterward, but need help with the actual operation costs - we're saving too slowly and he's in pain. Even if we raise half, we could at least do the one leg which is the weakest at the moment.

Boris will be able to go walking again - in fact, he'll go bouncing again. He's not a great car passenger as he gets nauseous, but he loves walking outdoors. In fact, he even used to jump on the trampoline!

*Funds raised will go directly to the vet* 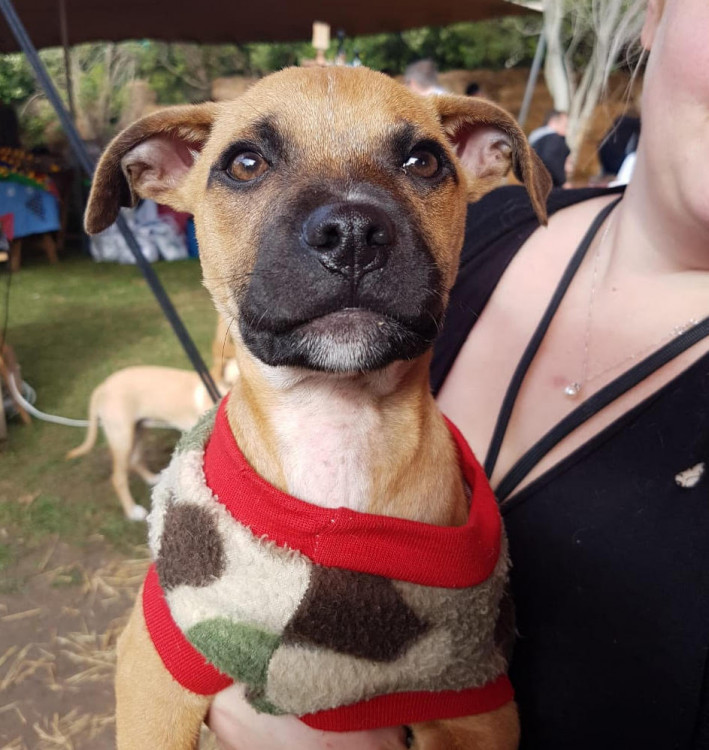 My name is Colette Victor (37) and I live in Cape Town. I'm raising funds for or dog Boris who needs leg surgery.