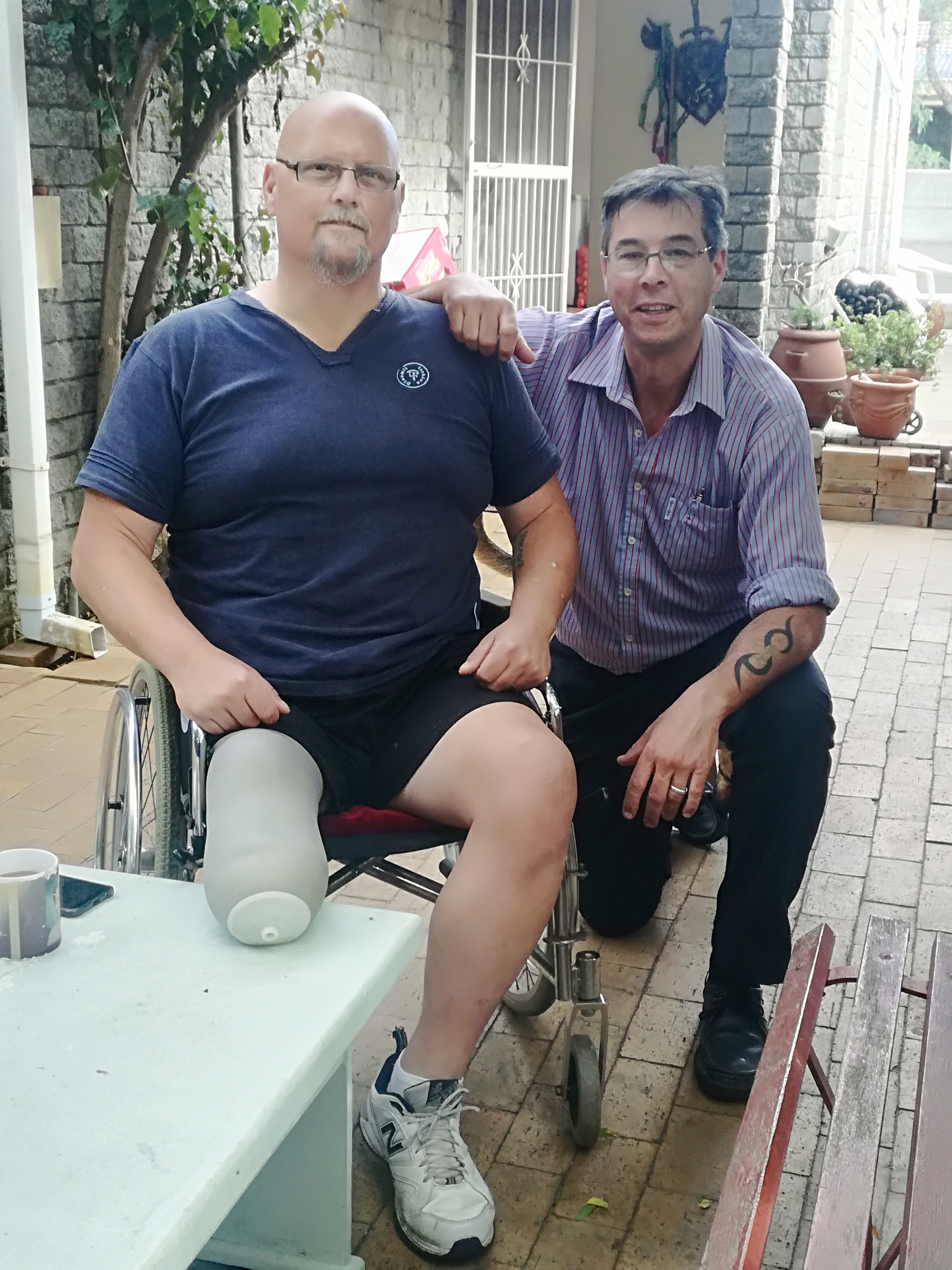 My name is Jason Thelander 48 and I live in Bothasig.
I have known Bronson for around 40 years, we were at school together and have grown close over the past 3 years.

I am fundraising to help Bronson fulfill his dream of entering the Powerlifting Olympics. Bronson was once a well known SA wrestler and bodyguard who has suffered cancer; lost his sight and one leg.
The man himself Bronson was diagnosed with stage 4 cancer in 2014. He beat cancer but the side effects caused many health issues. Besides being diabetic before the cancer struck, he has gone blind from the radiation and after 11 operations, he now has only 5 % sight in his right eye. Due to a form of Gangrene, his left big toe was amputated and last year his right leg was amputated below the knee. During all this, Bronson is an absolute inspiration to all those that know him. Those that have met him are in awe of his positivity and amazing outlook on life.

The actual target is not a set amount but is actually to assist him monthly with his expenses (around R15 000 per month) until such time that somebody out there is willing to offer him employment. Bronson is incredible with people and is capable of selling ice to an Eskimo if given the tools and the chance to do so. Therefore, there is no set timeline.

Funds raised will help to pay for his monthly expenses until such time he finds employment.
Rent
Food
Utilities
Toiletries

To have his basic needs covered, it will take a huge burden off Bronson's shoulders and enable him to chase his goals. These goals being to get employed and to be a contributing member in the employed and social community. This will also empower him to reach his dream of becoming a part of the Olympics. 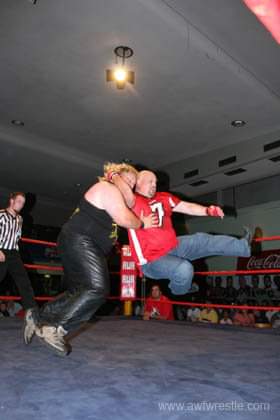 I am fundraising to help Bronson fulfill his dream of entering the Power lifting Olympics. Bronson was once a well known SA wrestler and body guard who has suffered cancer, lost his sight and one leg.