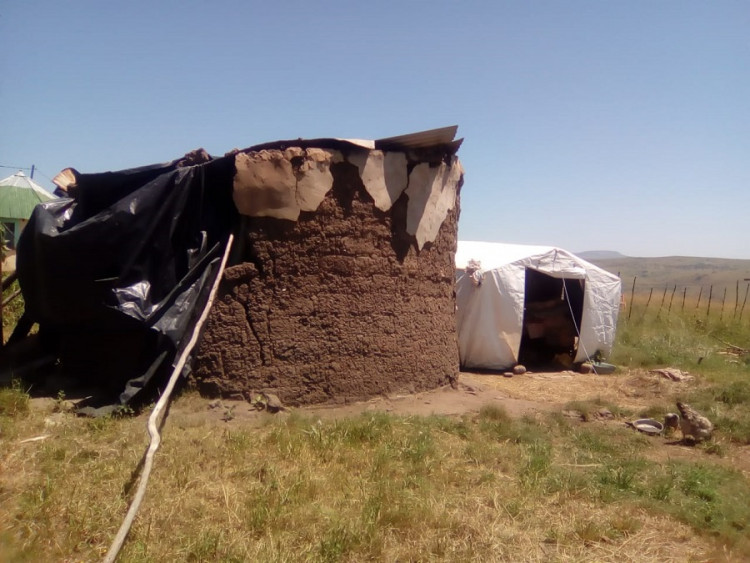 When I employed a an old lady last month, never did I know that a 80 year could be homeless and still walk tall in the community. When I was paying her, her first salary she requested that  I save her half of her pay to pay for blocks to build her house and help with transportation of the bricks she was collecting from a nearby house that was being dismantled. How much can u save in half of a helpers salary? Helpers don't earn much. I then asked her where did she stay, and she fell into tears. Thulile has been living with her disabled sister in a 3x3 tent for almost 3 yrs. Through rains, storms and sun, the 8 members squash in this tent with home to get 1 day jobs. Thulile has not been able to get a permanent job as she had to take her of her sickly sister and other children and grandchildren  As the kids have grown, they now have scattered all over the area staying in people's houses for shelter.

My name is Samukele Khumalo-Dludla from Durban, KwaZulu-Natal South Africa, but originally from Nongoma

Thulile is no stranger at home, as she comes to do 1 day peace jobs, when we have ceremonies, for a day or two she comes to help and gets a meal for a day. She has frequented my home atleast 4 to five times a year like many unemployed who would que for a day job just for a meal. We have employed such people without knowing what wakes them up to stay and work for us whole say just for a day fee or a meal. No one checks every person who knocks at your door to find out what chases them out to your house. Thulile like many poor South Africans who lives in poverty, is a statistic. She is a recovering alcohol addict  sadly after being a victim of sexual violence on her upbringing and no hope, she decided to not give up.

Last month my mother asked me to give her a chance for a full month job, which I did. In shock, this family of 8 stays in a 3x3 tent after their one mud house collapsed 3 yrs ago from heavy storms  Thulile is not yet qualifying for a grant for the pension making it difficult to take care for the 7 other members.

After finding out she was looking to take half of her pay(we all know maids don't have big salary or pay) she told she will be buying bricks from a house that is being dismantled. I was shocked. I knew there was something very shocking I was about to see. Infact the bricks were made from mud too, so it meant we start all over for everything  In life no one deserves to suffer like this. No one wishes this to their worst enemy  From that day I never rested and gave myself a task not to rest for the next 3 weeks until Gogo Thuli and her family get a dignified home.

I am not asking much. I don't want anything directed to us besides food too that they also need and clothes. The kids have bee' out of school and are displaced. If one build only a 4 roon with 2 rooms it's still lot enough as there are two adults and teen boys who are grandchildren. Their parents passed away due to the pandemic.. The pain is written in their faces.

How do we sleep and eat with neighbors like this. It's better when we don't know. But when we know and believe there is something we can do, then our conscience cannot rest. We are equally guilty to eat.and be warm when our neighbors are in the rain.

We desparingly and urgently in need to build for Thuli a house. After floods. It's been 3 yrs in the tend. Let's end this now and forever. Ii

Ths winter nobody is supposed to stay in such inhumane conditions I'm here to help fundraise for a home they deserve.

We would like to hand in the house by the end of July the latest because it is very cold. When summer comes, the storms will sweep them away again.

If you know you can help, with the little or just anything  lend a hand to be blessed. Blessed is the hand that gives than the one that receiveth.

It will change the lives of these people forever. No more sleeping outside Bring back their dignity. Kids to go to school.

*Where possible, funds raised will be transferred directly to the relevant supplier/organisation, the rest of the funds will be managed by the campaign creator* 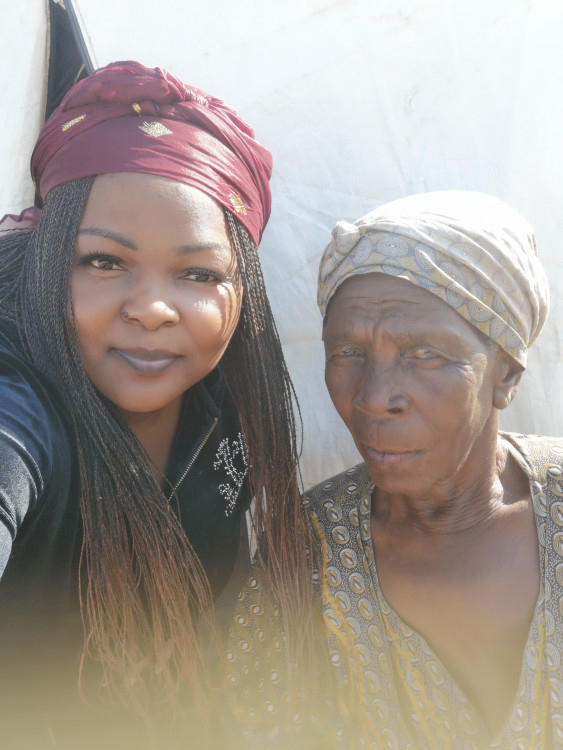 I would like to raise funds for my kind maid whom I discovered is homeless when she requested I keep half of her pay to help her build a house or a room for herself. We desparingly and urgently in need to build for Thuli a house.  After floods, they have been living with her disabled sister in 1 tent next to a falling mudhouse.