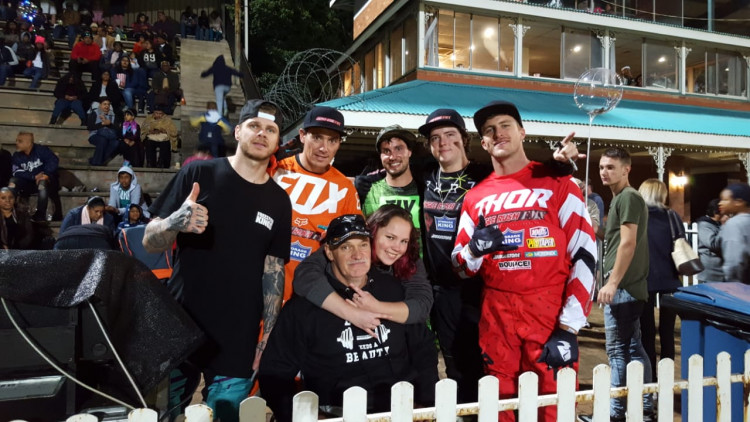 My name is Stephne Stuart (age 58).  I am from Pietermaritzburg, KZN.

I am fundraising for my youngest brother, Raymond van Niekerk (age 56), who is a Type 2 Diabetic who lost both his legs below the knee due to his disease.  His first amputation took place at the end of last year, and the most recent one in January 2019.

Raymond has healed well and has been assessed by a medical orthotist and has been approved for the fitting of bilateral prosthetics.  We have received the quotation and require assistance in raising the funds to give Raymond his legs.

Raymond lost his wife at the early age of 36 due to a diabetic heart attack, leaving him a single father to a 5 year-old little girl and an 11 year-old son.  Their daughter had been diagnosed with diabetes at 3 years of age.  Life has been difficult as a single parent.  He worked hard as a Land Rover mechanic to keep his family afloat.  As his disease progressed, his ability to continue working became impossible.  He was forced to stop working completely in June 2018, almost losing his life.  In order to save him, doctors decided to amputate his legs.  We would love to see this man who has endured so much back on his feet again and back on the workshop floor doing what he loves.  Raymond has had no form of income since June 2018 and has relied on the family.

The funds will be used to purchase his bilateral prosthesis for which we were quoted as follows by CB Wright Medical orthotists and prosthetists in Pietermaritzburg:

Raymond's life will be restored to the point that he will no longer be wheelchair bound and can return to his job.  He longs to be in the position to be able to support himself again and function as a whole and healthy man again. 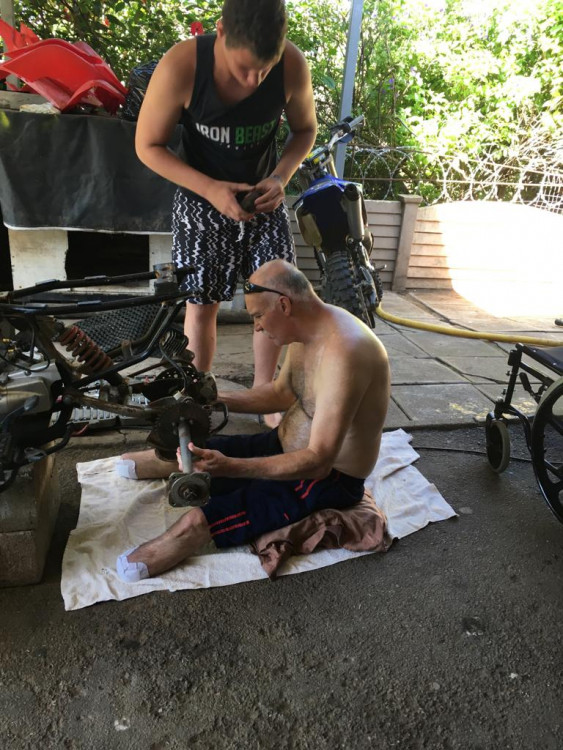 My name is Stephne Stuart (age 58) and I am from Pietermaritzburg, KZN.
I am fundraising for my youngest brother, Raymond van Niekerk (age 56), who is a Type 2 Diabetic who lost both his legs below the knee due to his disease.  We are raising funds for his bilateral prosthesis to help Ray walk again.