My name is Nosipho Mkoko and I’m crowdfunding on behalf of Nontando Kamise, a 16-year-old girl who needs assistance with her mother’s burial.

Nontando was only 3 months old when her mother, Christelien Kammies,  left her in the care of Gogo Gloria (61 years) who was her neighbour. Her mother went to look for work in Klapmuts farms. Her mother used to send the little money she had every month from the little payment she received from the farm and with that money, Gogo made sure that Nontando went to school and never went to bed hungry until July 2019.

Gogo received a call that Christelien had passed away and she sat down with Nontando and told her the sad news. Gogo went to Klapmuts and when she got there she was told that the mother had no funeral cover or policy and Gogo also had no policy and couldn’t afford one.

The state morgue could not keep the Christelien’s body any longer as they had already kept the body for 2 consecutive months. They then gave Gogo donation papers, and they only managed to raise R1007.50 from July – September 2019. Christelien was the only blood relative Nontando had.

I here plead with anyone that can assist bury Christelien, so that the Nontando can have a place to visit when she misses her mom. I hereby plead to all South Africans to help fulfil Nontando's wish to bury her mother. Every child deserves to know where their parents are laid to rest so they can find closure.

*Funds raised will be paid directly to Fihla Funeral Services*

In Loving Memory of Christelien Cause 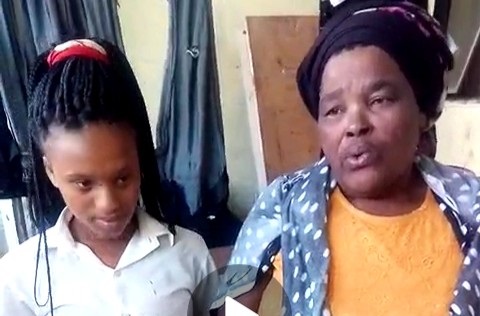 Nontando Kamise is in need of financial assistance so that she can bury her mother, Christelien, who has passed away. When Nontando was 3 months old, her mom left to work in Klapmuts farms. Nontando was left in the care of their neighbour, Gogo Gloria.