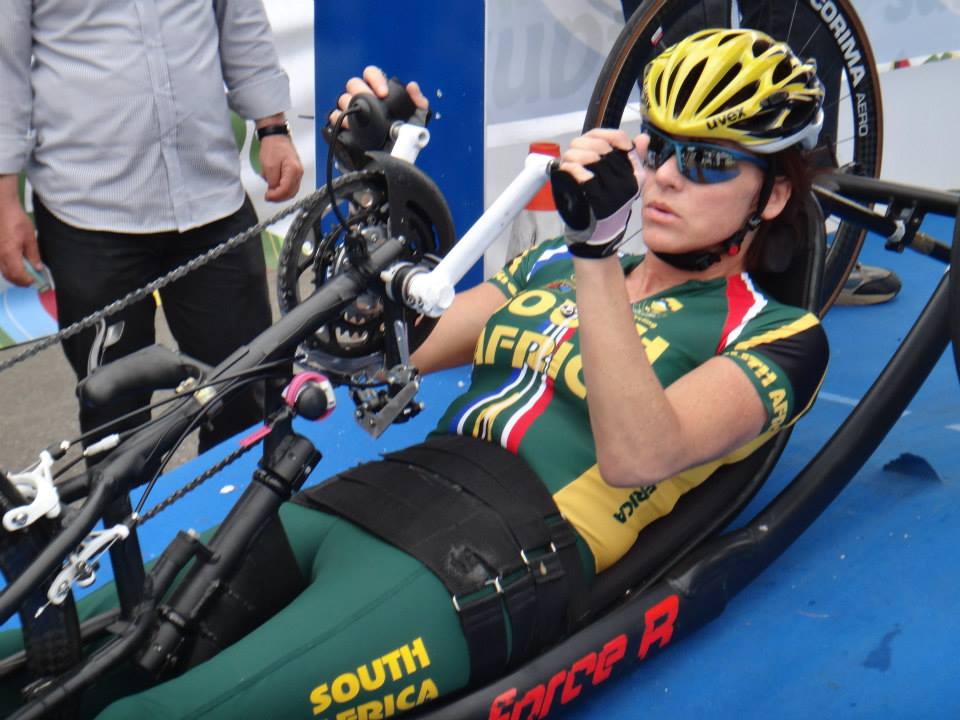 At the age of 18 I was injured in a car accident and left a quadriplegic. I needed to adapt in order to remain strong and healthy. This challenged me to try new things being confined to a wheelchair. After 5 months in hospital rehab, I began swimming and wheelchair racing, which was great for my flexibility and strength and gave me a new set of challenges.

I met my husband Shaun in 1997 and now have two daughters aged 19 and 22.
When I turned 40 I decided to embark on a new adventure after a friend introduced me to handcycling. I loved the freedom of being out on the road and having no limitations and exploring the outdoors without being confined to a wheelchair.

After joining Maties para-sports club, I entered Nationals and made the SA Para-cycling team. I cycled on the international circuit for 5 years and won numerous World Cups including the 2015 UCI World Championships in both the Time Trial and Road Race and proceeded to win the prestigious South African Sportswoman of the Year Award with a Disability and Gsports Award, which was a great honour and privilege.

In 2016 I represented South Africa at the Paralympics. After Rio, I took a break from competition and participated in my first Cape Cycle Tour in 2018 and 2019.

After participated at SA National Championships in March this year I won the title in my WH1 class and have been selected as part of the team to represent South Africa at the coming UCI World Championships in  Portugal.

Due to lack of team funding, I am now crowdfunding and hope to participate at the 2021 UCI World Championships in both the Time Trial and Road Race.

I invite you to help support me in this journey!

Costs are estimated including travel, accomodation, food, competition fees and an assistant. 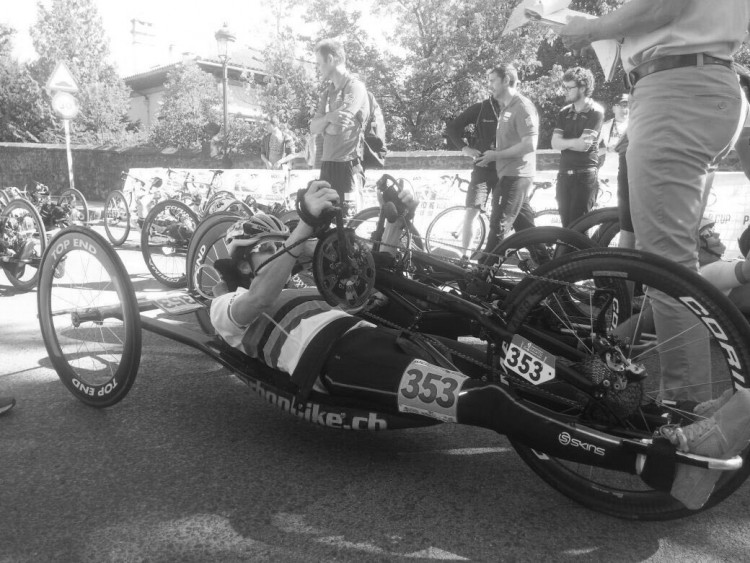 I currently hold the UCI World Championship title in both road race and the time trial and last year represented South Africa at the Paralympics.

I am now crowdfunding to participate in three UCI World Cups to be held in Europe during 2017 and invite you to be part of my journey!