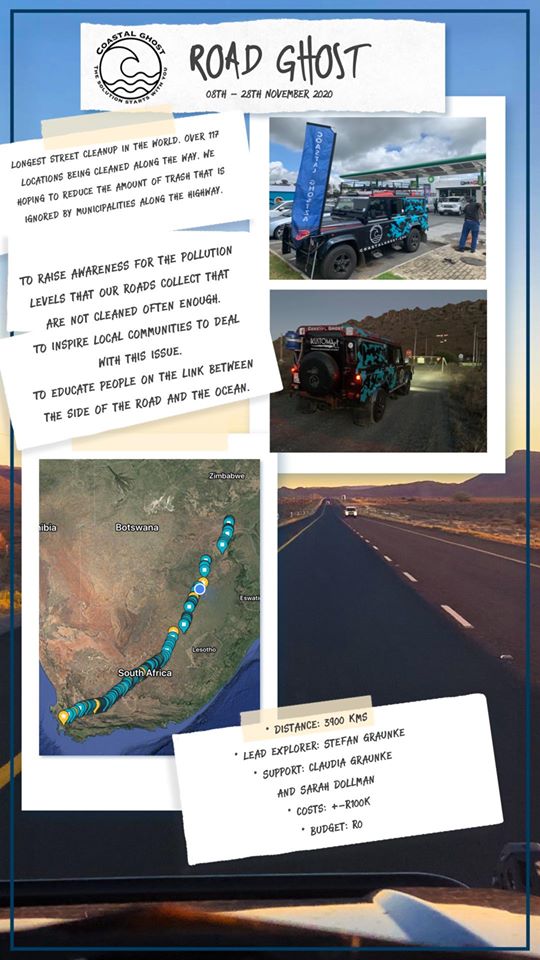 Longest street cleanup in the world. Over 117 locations being cleaned along the way. We hoping to reduce the amount of trash that is ignored by municipalities along the highway.

To raise awareness for the pollution levels that our roads collect that are not cleaned enough. To inspire local communities to deal with this issue. To educate people on the link between the side of the road and the ocean. 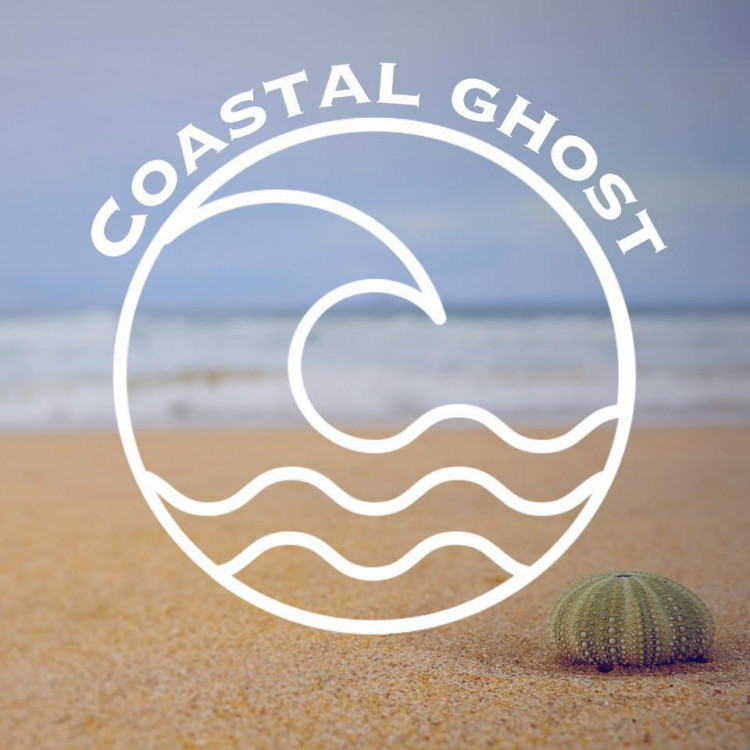 Coastal Ghost was born when a passionate wildlife warrior returned to where the birds sing the sounds of his soul.

26 year old Stefan Graunke started Coastal Ghost as just an expedition. 60 days of collecting rubbish off  97 beaches around South Africa. Along the way the trip became more complex and by the time it was all over there was a need for this to become an organisation.

The story behind the name.

“I named my trip, that is now my organisation coastal ghost, based on how I felt as a kid growing up. From when I can remember, as a family, the beach was a yearly holiday. Later on in life, I started realizing that although I am not from the coast, people would treat me like a local there, but no one knew who I was. Therefore the ‘ghost’ at the coast began. It worked perfectly. Our entire trip was to be done early in the morning and late in the evenings as it was too hot otherwise. As we swept the beaches erasing any evidence of humans from the sandy shores – we left only water washed footprints to be partially remembered by.”

The Vision of Coastal Ghost

With this area of conservation, there are many desires that we wish to achieve. So lets start at the bottom and work our way up.

Daily Mission. Inspire one person a day to take better care of the environment they are living in. Raise awareness of the power that each individual has when it comes to changing the world. We do this by going out and clean the areas that need it most. From the streets that we drive – to the parks and waterways that we walk through. Each bag collected is one less that threatens our beautiful wildlife.