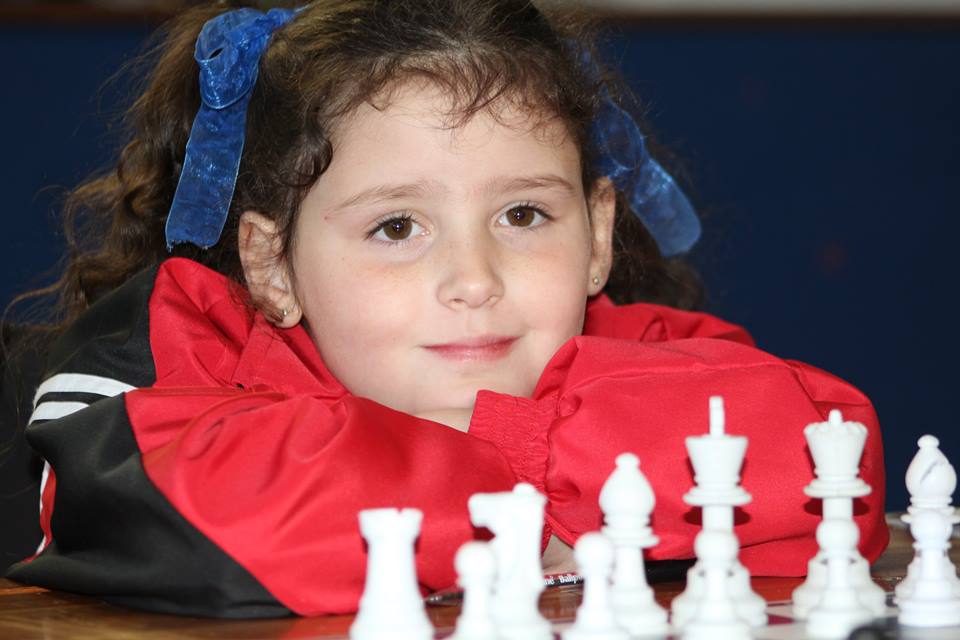 My name is SJ Pretorius. the purpose of this campaign is to raise funds for my niece (my Sister’s daughter), Samantha Brink, currently 10 years old, who has been playing Chess since she was 7 and in Grade 1, in 2016.

Samantha qualified to play in Namibia in the prestigious upcoming 2019 African Youth Chess Championships from 14 to 22 December 2019.

The funds raised with this campaign will go towards the costs of this chess tournament.

Here is a short bio of Samantha's achievements to date:

As a result Samantha qualified to compete in the South African Junior Chess Championships (SAJCC) in December 2016. The SAJCC Opens Tournament took place at the Birchwood Hotel and Conference Centre, in Boksburg from 8 to 23 December, 2016. Samantha formed part of the inaugural under 8 Overberg Chess Federation team that competed at the National heats and the team exceeded all expectations and ended 2nd in the tournament. Samantha and her team mates earned Silver Medals for the tournament!

Samantha very bravely participated in the Wild Card Championships that year and surprised everyone with her amazing achievement of second place, a Silver Medal, after only 6 months of playing chess.  At this stage it was apparent that Samantha is a chess prodigy!

Samantha was subsequently invited by Chess S.A. (4) to compete at the South African Junior Closed Chess Championships (SAJCCC (5)) - a closed championship tournament where only the top South African players, who has empirically won an adequate number of matches, may participate. Samantha competed in her first SAJCCC tournament from 5 to 11 April 2017 at the Kopanong Conference Centre in Benoni. Samantha whole-heartily played 11 matches, she laughed, she cried, and simply continued to give her best every day of this difficult tournament.  She achieved a 5th place, making her the 5th best under 8 female player in South Africa! To top this off Chess S.A. invited Samantha to compete in the Common Wealth Chess Championships (CWCC)(6) in July 2017 in New Delhi, India. This meant that Samantha would receive National Federation Colours and represent the South-African Team. The cost or this tournament, for Samantha alone, was R30,000, and due to her age Samantha had to be accompanied by an adult, which amounted to around the same amount for her mom to accompany her.

In the meantime Samantha competed in 11 other tournaments in 2017 alone. A typical tournament like this lasts from 08:00 to 19:00 per day.  Long hours and a lot of dedication and perseverance is required of a player.  Samantha progressed to earning a place on the Overberg Chess Federation under 10 team (there is no under 9 division) that was to compete in the SAJCC from 3 to 13 January 2018 in Johannesburg. She was in addition selected for the Overberg Schools Team (7) that was to compete in Vredenburg for 19 and 20 May, 2017 for Western Cape Colours. 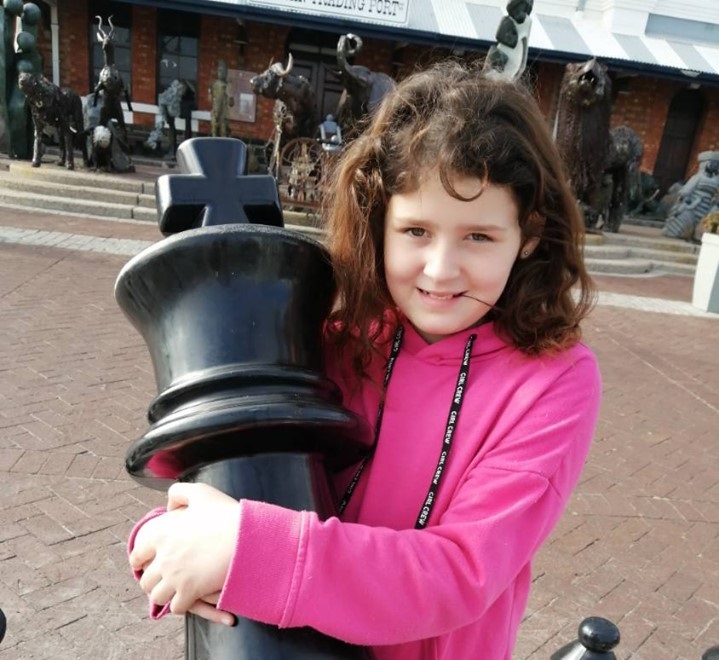 SJ Pretorius is raising funds for Samantha Brink, who has been playing chess since the age of 7 years old. She has qualified for and been invited to attend the African Youth Chess Tournament in Namibia in December 2019.