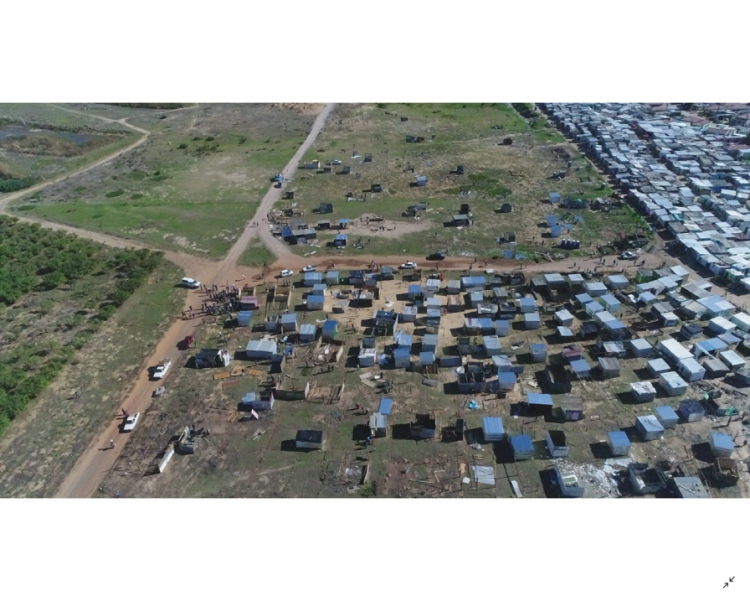 Help Save Our Farm & Community

When the neighboring farm was sold in 2006 to the government, the City of Cape Town decided to turn that land into the eastern part of Wallacedene Informal Settlement.

This did not seem like much of a problem at first, but this is where our troubles began. The City of Cape Town decided that they would not put a fence up separating the agricultural farmland of Bottelary from the Wallacedene informal settlement. We were forced to abandon parts of farmable land adjacent to Wallacebene informal settlement which led to continuous trespassing on our property.

Several black-farming groups who we leased land to and mentored in sustainable farming, abandoned their projects. Only one had some success because he was able to procure an electric fence in his agricultural agreement with the government.

In March of 2018, we had our first experience of illegal-land grabs. About 200 residents started putting up structures next to and on our property adjoining the Wallacedene settlement.
After speaking with Cape Town Anti-Land Invasion Unit, they came to our aid and removed most of the illegal structures. In the following months, some of the residents refused to leave and continually rebuilt new structures.

In 2014 we had an armed robbery on the farm, which lead to the fatal shooting of a female-Kraaifontein police officer. In 2016 the farm owner was stabbed on the farm and had to spend 3 weeks in ICU. This has put us under great strain but our love for farming and our community drives us on.

We can still farm on the eastern part of the farm that is in the Stellenbosch area, though we have to hire permanent guards, so that our crops are not vandalized or stolen.

The land grabs in 2018 disabled us from using our own farm road, and we were forced to build a new access road to our property at our own cost to ensure we can keep the farm running and delivering produce.

There are no services available on the area the illegal occupants built their structures, except for a couple of toilets which were illegally placed onto our farm road by The City Council. Some of their waste is thrown into our irrigation dam, which is also used by local children to play, posing a significant risk to the health and safety of the illegal occupants.

The need for housing is great amongst the people of South Africa, but this is not the correct way of reaching it. Our beautiful farm has been turned into a post-apocalyptic wasteland full of plastic and waste. People are freely dumping their rubbish bins and human waste into our farm land.

On 2 October 2018 our farm workers houses were attacked by the occupants from the illegal settlement. They were armed with petrol bombs which resulted in one boy being injured and receiving burn wounds to his head. Some houses were destroyed, and some were looted. We had to hire our own security at great expense after that event.

Since then our farm land have experienced an influx of illegal structures, but on Monday the 22 of April 2019 we had a new surge of land grabs on our farm.

About 400 new structures were built on our farm in three days. Since this is private property, City of Cape Town does not feel responsible for removing them this time and told us it is out of their hands.

We then applied for an interdict from the Cape Town High Court at our own expense. It was granted on 23rd of April 2019 stipulating that no structures may be built on our premises and that no trespassers would be allowed. Notices were put up by the local sheriff on 25 April 2019 to inform the occupiers that they are illegal. We have received several threats that they were going to burn down our house, as well as the houses of the employees. The employees were also threatened to supply electricity to the illegal occupiers.

On 26 April 2019 a contractor was payed R160 000 for the removal of the structures. A security company needed to protect our premises during and after the removal operation, which cost R500 000. Due to the happenings on the farm over the past few years, the business has not been doing well, so paying the huge amount of money for the removal was not possible for us. We asked our friends and part of the farming community to make donations so that we were able to begin the removal of the preceding land invasion.

The authorities successfully removed most of the structures on the 26th of April.

Following this removal, the invaders started building on the premises that same night but on a smaller scale. Ignoring the court order. This has not only affected our farm but during the night of the 27th of April 2019 they vandalized and destroyed crops of a neighboring farm.

We were informed on the 28th of April 2019 that we once again must fund the removal of new structures that have been built on our land at a similar cost to the first removal.

The relevant authorities were re-gathered, and another removal operation was successfully initiated. How we will pay for this is a challenge. We are solely relying on donations to keep the influx of illegal occupiers at bay.

Generations of our family have farmed the land and the current situation is putting the farm and the community it serves in great danger.

If we must leave our farm and give up our fight due to the financial implication of this, it will lead to them occupying the entire farm in a matter of weeks. The neighboring farms will soon be put into a similar predicament we are in now and inevitably suffer the same fate.

The farms in the Bottelary region forms an important piece of the Stellenbosch farming community and holds great historical significance to all South Africans. It would be a great shame to see this beautiful and pristine part of the province turned into another political battleground.

Protecting our property cost us R1million to this point and another R500 000 will be needed for the operations on the 29th of April 2019.

We will keep trying everything we can to resolve this problem before it becomes too late, but we are asking for help from anyone who can contribute to our cause.

We have already incurred the majority of the costs, but we have not been able to pay the invoices.

We have set-up a new bank account in the name of the campaign. The funds will be used to cover the costs of
- lawyers
- private security companies
- demolition and removal companies
- plant hire companies

Please help us save our farm.  You can follow us here.

Save Our Farm Cause 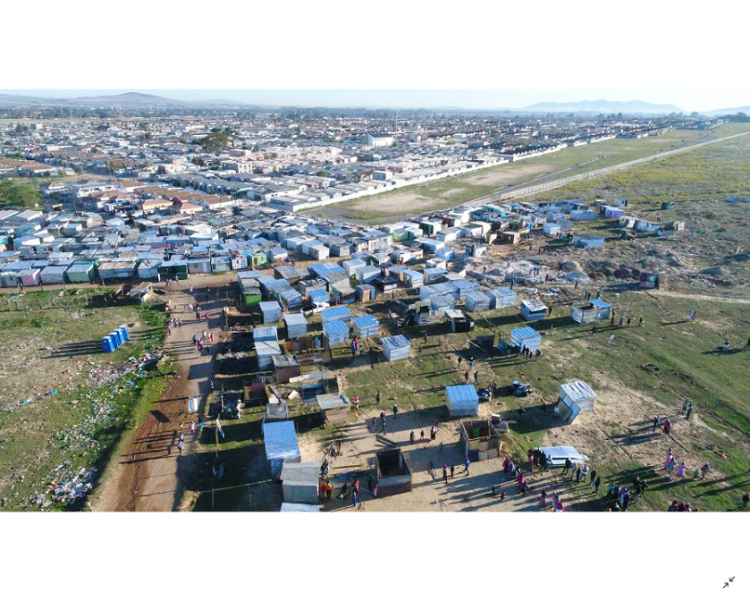 I'm Hanli Best and I'm 34 years of age. I live in England, but I'm currently visiting my parents. I'm starting this campaign to help my parents who indirectly will help the surrounding farms and community.