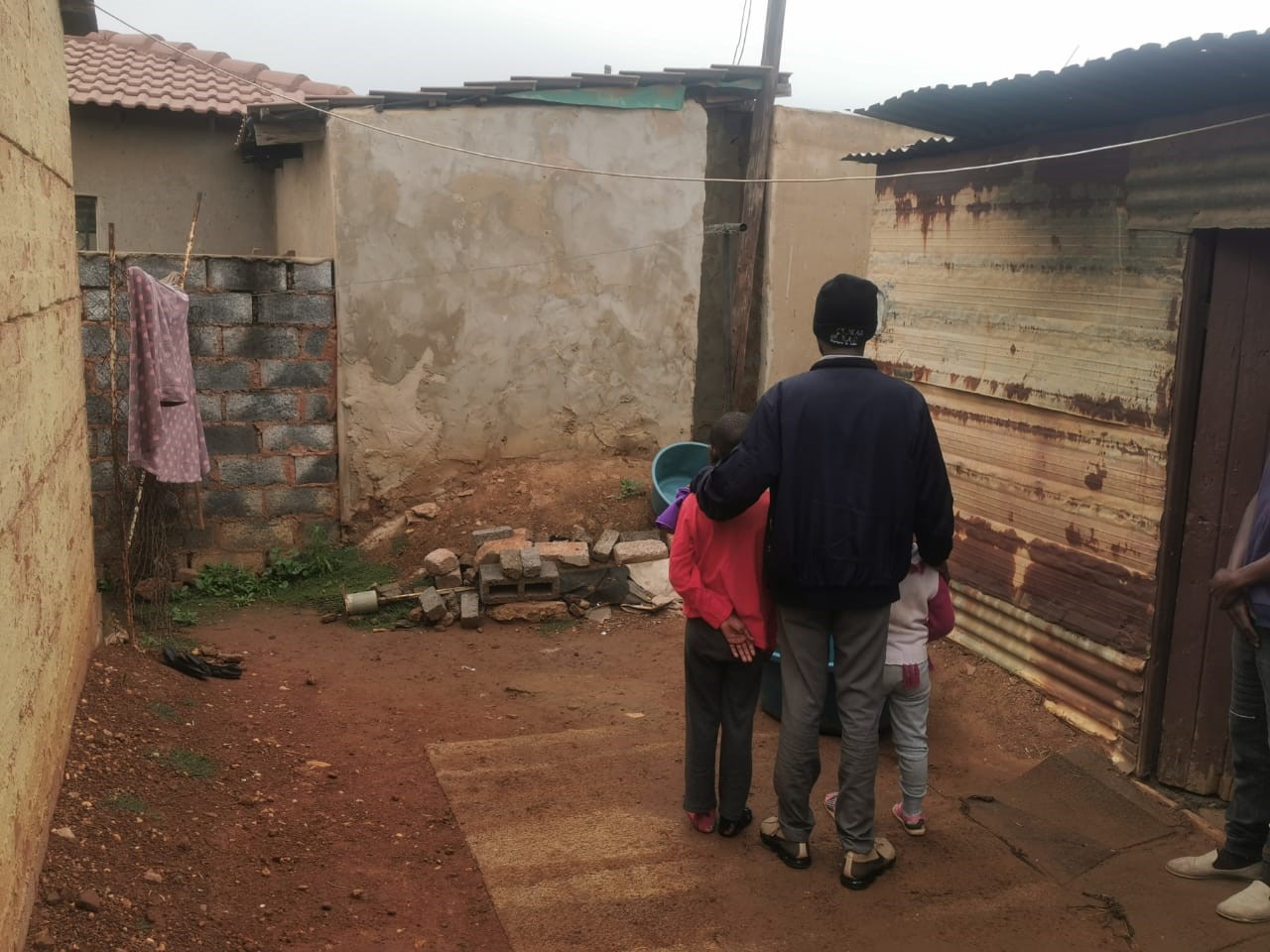 I met Brian 7 years ago. I had a client in the centre of Joburg; it was bizarre - every time I drove along Sauer street, Brian was there helping me find parking. We started chatting. A light conversation that has led to a deep friendship. Meeting at a local coffee shop in Selby, we would share a sandwich and chat. Our contexts poles apart. Brian’s home a one-room dwelling in the heart of Soweto. Mine in leafy Northcliff.

On occasions, over a weekend, I would pop over to his place and he would take me on a walkabout. Brian described his goal to have a better life and I pressed him to explain to me what this meant for him. It would be having his own car wash business and enough money to support his children when they eventually arrived. They did arrive over; a lovely young daughter and son were born, and the nucleus of a God-fearing family was formed. I got him to draw up a business case for his business. Within a short time, he had found an office building in Central Joburg with arrangements made to wash the cars of the office workers - the start of Brian’s Car Wash. With a vacuum cleaner, a range of cleaning materials and a passion for quality work - his dream of a better life was starting to happen. In addition, Nokuthula had managed to get a job in Berea where she worked 7 days a week - but the sacrifice was worth it.

On 7 January 2020, I got a call from Brian. On the line was a broken man. On her way home Nokuthula had been involved in an accident. She landed up in Baragwanath hospital with severe spinal injuries. Brian and I spent much time at her bed, holding her hand and praying. Five days later, in the early hours, Brian called me - Nokuthula had died. Brian's life was in shatters and so many questions– the death certificate; the extended family; the funeral; the children…. how to survive when he could not work. Soon, the extended family arrived which forced Brian to make one of the hardest decisions of his life. As the single breadwinner, getting up before sunrise each day and making his way to his business - what was going to happen to his children? A family meeting was called - it was agreed his children would go to KZN to be brought up by Nokuthula’s relatives.

Last week Brian and I were reflecting on his not having seen his children for a year. He told me his goal now is to go to KZN and spend Easter with the children. It's been more than a year since he has seen them. Contact by phone but is difficult. With Covid, Brian’s business has really suffered. Brian is one of the most optimistic people I know. His dream of a better life is still what drives him, But, Brian, would love to have had regular contact with his children.

So, I have opened a Back a Buddy account for Brian hoping this will start helping him to see his children over Easter and this could be the
chance to kick start his dream, making a real business. Please support him. It is 2021 – so let’s aim for at least Twenty Thousand and Twenty-One Rand.

This is how his story, becomes Your Story!

IQbusiness in support of the Nelson Mandela CEO SleepOut™

On the 18th of July IQbusiness will be participating in the Nelson Mandela South Africa SleepOut™. On the evening of Nelson Mandela's centenary we will be honouring him by joining forces with the Thabisang primary School, and the Tomorrow Trust, to host an event where people from all walks of life and all different ages can come together, initiate conversations, interact, and live the vision that Madiba himself had for our country!