I am a young arising male model. Upon being scouted by 'Just You' model agency (now known as 33 and me talent agency) I auditioned for them and received a callback which led to a further audition in front of international scouts at an annual event called the International ARTS Talent Showcase which was hosted at Silverstar Casino end of September. I auditioned in front of the likes of Blaze Johnson (The Voice America) , Nate Butler (A&R-X Factor and ‘The Four’ on Fox) , Rhavynn Drummer ( Independent Casting Director – Tyler Perry Studios) Joey Zangardi-Dixon ( Director of Musical of Musical Theatre recruitment at the New York Film Academy) and Joey Hunter (Vice president of Modelwire and former co-president of Ford Model Management ).

I attained a successful callback from the International scouts present and such callback affords me the opportunity to head to New York for the International Modeling & Talent Association (IMTA) Convention. Present will be over 300 professional and world renowned talent scouts, agencies, casting directors and more.

Reaching my target will mean that I can cover the IMTA package ( NB - excluding flight costs) through the IMTA South African Regional Director. Elsubie Verlinden (also Director of 33 and me talent agency and Producer of the International ARTS Talent Showcase based at 21 North Street, Illovo, Sandton, 011 039 2481

-Admittance to all workshops and seminars at the IMTA Convention

-Open interviews with agents for every participant

-Transport transfers between Hotel and Airport in New York

-Workshops (20 hours) on site at the IMTA Convention

Funds will go directly to the relevant institution.

How the value of your one less habit/lifestyle expense can afford one more opportunity for an individual.

So what's it all about?

Adjusting the concept of old age donating, and making it about donating the cost or vale's worth of a particular habit or lifestyle expense. Be it a #OneLessFeedMyCraving (representative of Chicken Licken and that you've just donated R50 on the link below.) another example, #OneLessMerlotWine (meaning you've just donated approx R70, that you would've spent on the wine to my campaign.)

The base hashtag is #OneLess. You attach further words onto that as exampled above. (#OneLessFeedMyCraving & #OneLessMerlotWine)

Executing all of this :

2. Put in your name and surname

3. In the comment block, place the unique #OneLess you've decided on.

4. After donating, your comment will show up on this site. Moreover on any of my social media, comment on any of my pictures with your uniquely developed #OneLess 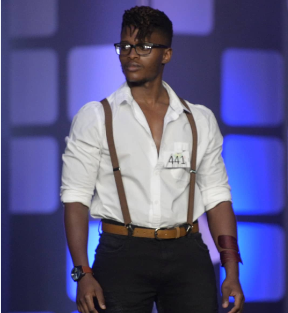 My name is Thabang Kevin Khatide. I am raising funds for myself as I have attained a successful callback from the International scouts present and such callback affords me the opportunity to head to New York for the International Modeling & Talent Association (IMTA) Convention.