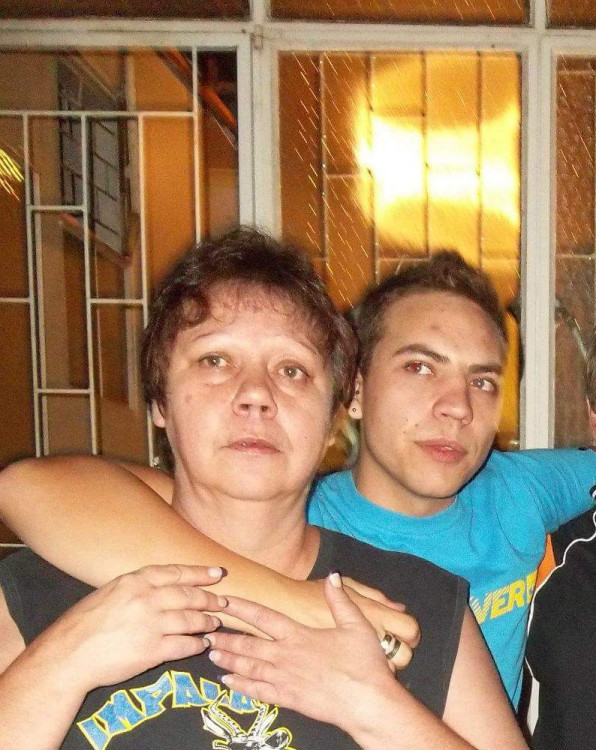 My name is Brad Smith, a 28 year old from White River in Mpumalanga who is trying to do anything possible to raise funds for my mom, Tracey Smith , a 55 year old woman who suffered a severe stroke in her brain stem in July 2018 and lost the bottom of her right leg due to complications from the stroke and a surgery to remove a blood clot from the leg. She is now in need of a prosthetic leg to enable her to walk again which her medical aid does not cover.

On the 2nd of July 2018 my Mom, Tracey Smith was admitted into the hospital to have a blood clot removed from her right leg just behind her knee. During the operation another clot was dislodged and passed through her brain stem resulting in a major stroke that her her completely unable to move and communicate with us or the doctors due to the fact that the part of her brain that was damaged was the part that sends the signals from your brain to the rest of the body. Due to her not being able to move sadly the lower part of her right leg started dying and about a week later we were faced with the decision of either leaving the leg intact, which would kill her within a week or having the leg amputated and praying for the best.

We were told that it was incredibly unlikely for her to survive due to the nature of the stroke and the severity and if by some miracle she did pull through the best we could hope for would be a stage 4 quadriplegic. By some miracle, she pulled through it all including having her leg amputated just below the knee and is fast on her road to recovery. In a little more than a year, she has started talking again, moving around to the best of her ability and even eating by herself although she does still have a feeding tube in place.

The reason we are looking to raise funds for this superhero of a woman is due to ongoing medical costs such as occupational therapy, physiotherapy, speech therapy, all the modifications needed to the house, medical equipment such as a wheelchair, abode and shower chair and finally for the prosthesis needed to enable her to stand and walk again. most of these are not covered by her medical aid and this leaves us with a major shortfall.

Reaching my target would mean that we could make her dream of walking again a reality by being able to get her a prosthesis as well as take some of the financial stress off of my Dad, Peter Smith, with the everyday medical costs such as therapy etc. In short, it would help me make my Mom's dream come true. 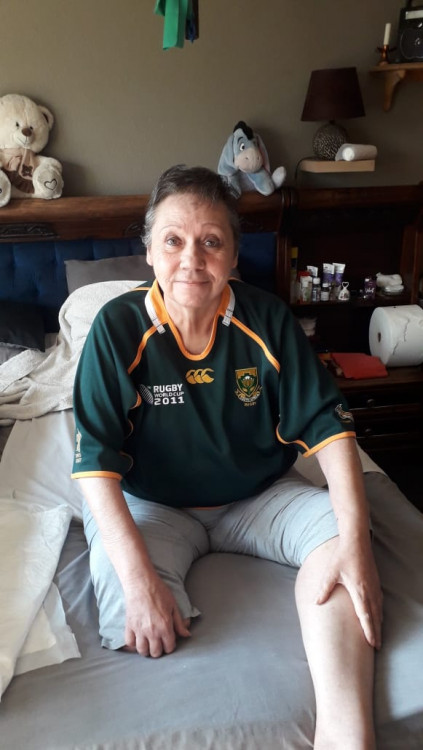 My name is Brad Smith, who is trying to raise funds for my mom, who suffered a severe stroke in her brain stem in July 2018.  My mom lost the bottom of her right leg due to complications from the stroke and a surgery to remove a blood clot from the leg. She is now in need of a prosthetic leg to enable her to walk again which her medical aid does not cover.