Get Yolanda and Lusindiso to intern in india!

From struggling township communities to a yoga teaching internship in India!

Yolanda Ntanyana (20) from Kraaifontein, in her third year of training at Indoni Dance, Arts and Leadership Academy, and Lusindiso Dibela (26) from Khayelitsha, a company dancer with Indoni, have been offered the opportunity of a lifetime.

Having completed a gruelling month-long course of 200 training hours, and many more spent in studying, their first reaction was one of relief. They had mastered the requirements of this intensive course and gained an internationally accredited Yoga Teacher Training Certificate.  The next step, they explained, will be to take their training into their own environments as a tool to healing conflict and trauma in their own communities, torn apart by violence.

“A life changing experience” is how Lusindiso Dibela described this opportunity. Both Lusindiso and Yolanda Ntanyana so impressed the organisers  that their training has been extended to a three month internship at the Sampoorna Yoga , teacher training school in Goa, India.

Lusindiso and Yolanda were overwhelmed to learn of their internship in India that has the food, accommodation and training fully funded. 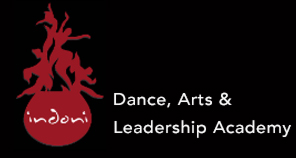 In February 2014, award-winning dancer and choreographer, Sbonakaliso Ndaba, took under her wing, five unemployed youth from the township of Khayelitsha. They were post-matriculants from the Chris Hani School and had studied dance as their major subject. Sbo had worked with them in previous years when they were at school, but since then, they had neither further education, job opportunities, nor self-worth.

"So I decided that  I am going to open a school and take them and train them professionally. This is what I have been doing since the beginning of February 2014, without funding, from my pocket, feeding and transporting them" -Sbonakaliso Ndaba

She decided to train them professionally as dancers, and this small company performed a piece called Just Arrived in September 2014, and in October they performed 2nd Appearance at the Joseph Stone Theatre, in Athlone.

Because of this one dedicated teacher, who had nothing but commitment, and a strand of hope to continue the training she had started almost a year before, a dance group grew to six dancers, with no name, no academy and no prospects,and with the unwavering support of the founders of Indoni, this incredible Academy has flourished.

With a burgeoning youth population, unable to develop artistically through lack of access to higher education, and out of nothing but pure passion to make a difference, our young dance group has grown to 40 full-time students all training at the Indoni Dance, Arts & Leadership Academy, now a registered Not-for-Profit (NPO) organisation.