Zamo Mkhwanazi has made history by becoming the first black South African director to present a narrative film at the Sundance Film Festival. Sundance received 10397 submissions for short films and only 74 were selected; that's a 0,7 acceptance rate. Sundance is widely regarded as the largest American independent film festival and attended by more than 120,000 people annually. This will be the USA premiere of Sadla. The film’s world premiere was at the Toronto International Film Festival earlier this year.

Attending Sundance is a costly exercise and the announcement of the final line-up comes at a time when most of the film funding bodies have exhausted their 2019 budgets. It would be a pity if Zamo is unable to represent South Africa at the festival. As a result, a crowdfunding campaign has been launced to cover her flights, accommodation and living expenses. These are the rewards for everyone who makes a financial contribution:

R1000 - R5000: Social Media Shout Out Plus Autographed EBook With Behind The Scenes Photos Of 'Sadla'

R5000 and Above: Social Media Shout Out, Autographed EBook With Behind The Scenes Photos Of 'Sadla' Plus Associate Producer Credit In Film

R10 000 and Above: Social Media Shout Out, Autographed EBook With Behind The Scenes Photos Of 'Sadla', Associate Producer Credit In Film Plus Invitation To Private Screening of 'Sadla'

Sadla is a simple study in shifting power paradigms. At first, the viewer follows young Nathi’s journey – running an errand and then sharing the experience – but lands squarely on the observer in this tautly drawn drama humming with the undercurrent of today’s society.

When questioned about her choice of police brutality as the film’s subject matter, Mkhwanazi had this to say, “The violence of the police towards black bodies has become ever more highlighted with the global impact of the Black Lives Matter movement and in South Africa, with the student protest movements sweeping the country. And were made starkly clear with the deaths of Andries Tatane, a man who was protesting for water who was shot on live television by the police, and the Marikana Massacre where 34 black miners were murdered for asking for the same wage as white workers. Thus the purpose of this film is an attempt to start talking across these divides amongst the victimised”.

Sundance begins on the 23rd of January so we don't have much time! Contribute today! 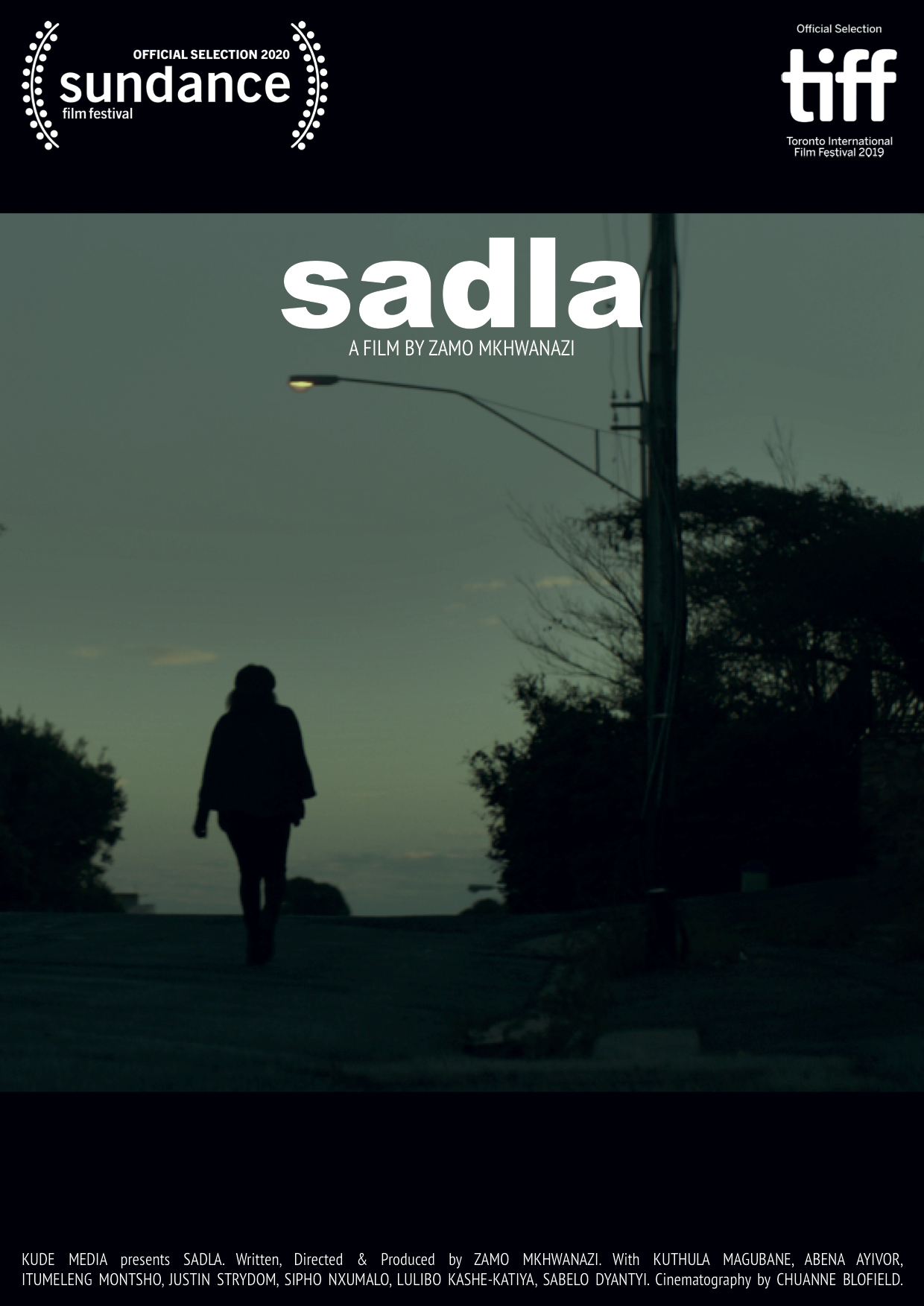 My name is Sihle Hlophe. I am a filmmaker and I am raising funds for Ms. Zamo Mkhwanazi. - a filmmaker.  "Sadla" has been selected for the Sundance Film Festival. It is the first fiction film by a black South African director to be selected for this particular festival and I strongly believe that it would be a crying shame if Zamo is not able to attend the festival due to lack of funds.