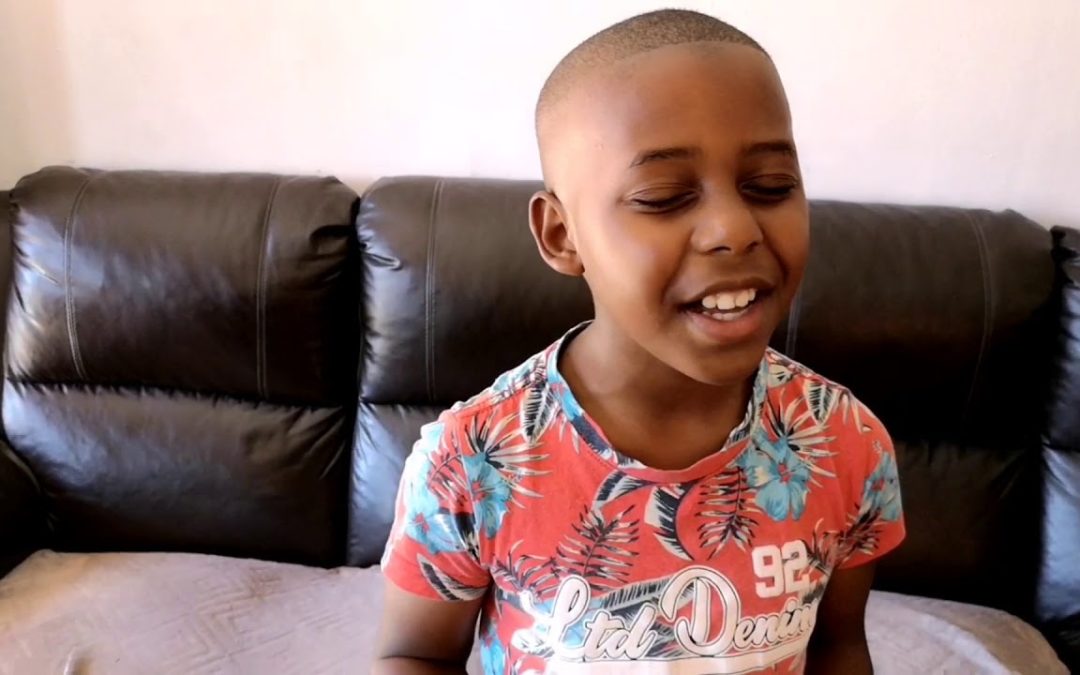 From a young age, Ethan Palagangwe (10), a talented singer from Mitchells Plain, Cape Town has been drawn to music.

Inspired by his songstress mom, he can often be heard around the house, singing songs by his favourite musicians such as Chris Brown, Michae Jackson, Bruno Mars and Justin Bieber.

“Ethan started singing around the house at the age of 8. When he started singing for our friends and family at gatherings, we realized that he has a God given talent that we needed to nurture.” says Ethan’s mom, Candice.

When Ethan’s parents saw that the prestigious Drakensberg Boys Choir School in Kwa-Zulu Natal was having an open call to auditions, they signed him up, in hopes that he would be given a once in a lifetime opportunity to sharpen his singing skills and receive a world-class education.

Performing one of his favourite songs, “Ben”, by Michael Jackson, Ethan soaked up the spotlight and was one of only 30 students, out of 1600, to receive an acceptance letter to enrol at the private school.

Unable to cover the cost of his schooling, which amounts to approximately R 175 000 for his first year, Ethan’s parents launched a crowdfunding campaign on BackaBuddy that has thus far raised over R98 000 with contributions from 26 donors both locally and internationally.

With his acceptance fee and uniform covered, Ethan has already begun his first semester through online classes.

Starting on a high note, he has already received 92% for his first music theory assignment, despite never taking music studies. He is also excelling in his mathematics quizzes.

Needing additional funding for the remainder of his fees for the school year, Ethan’s parents hope the public will continue to support his dreams.

“We are going to miss seeing our little man everyday, but we know he will continue to make us proud and inspire others with his unique gift. A new and exciting journey lies ahead!” says Ethan’s proud dad, Kagisho

Ethan will officially arrive at his new school on the 1 February 2021.

*As per the campaign creator’s request, funds raised will be paid directly to the school*

Launch your own crowdfunding campaign