Community surprises gardener, who put himself through law school, with a vehicle 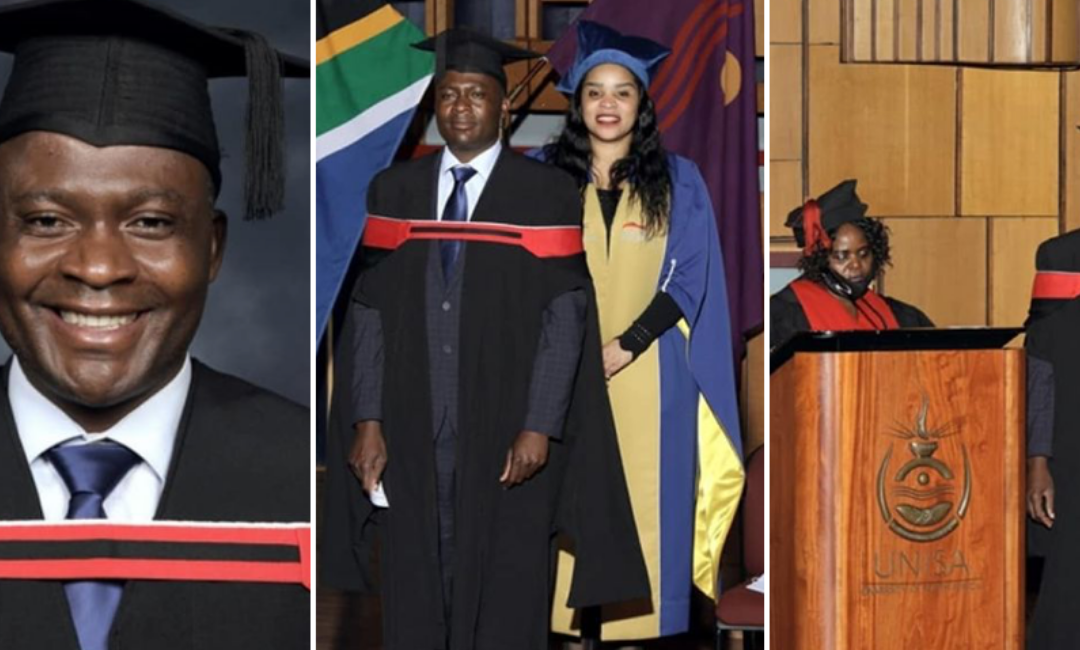 Born to an underprivileged family, Robert Maposa (43) from Mamelodi East, Pretoria, learned to make the most out of his limited opportunities.

Determined to build a better life for his wife, Hitahlula, and their two sons, Wonderful and Timothy, Robert worked as a gardener and did odd jobs to put himself through matric at the age of 28 and then went on to study a law degree.

Despite the obstacles in his path, Robert exceeded all expectations, passing his LLB degree from UNISA with distinction.

As finding a job has proven difficult without a vehicle of his own, Jonathan Smith (23), who has known Robert for the past 15 years, as he has worked for his family, launched a crowdfunding campaign on BackaBuddy to surprise Robert with a second hand car to expand his work opportunities as he prepares for his board exams.

“I have been so fortunate to grow up around Robert, when I was younger he would tell me stories and let me help in the garden. As I’ve grown, I’ve learned to appreciate his kind spirit even more and I couldn’t be prouder of what he has achieved. I know given the slightest chance that he will be a major success” – says Jonathan.

Overwhelmed with support, Jonathan’s campaign to purchase a set of wheels for Robert has raised over R40 000 towards the fundraising target of R60 000 with contributions from 85 donors.

“We are so excited to read Robert the messages of support he has received and let him know that we have been raising funds for a car for him in ‘secret’. He has worked so hard and so diligently for so long, he really deserves all the praise” – says Jonathan.

Jonathan says additional funds raised by the campaign will be used to purchase Robert a laptop and smart work clothes as he begins his new journey.

Donors have started to respond with kind messages of support:

“Most inspiring story. Blown away by your commitment and dedication. Wish you nothing but all the success you deserve. ” – Caz Lea

“You are one of the few who build a door when there are none to knock on. Well done!! Good luck ” – Christine

“Thank you for all your hard work and for looking after me. You deserve this! Im so proud of you!” – Ina smith

“Every setback is a set up for a come back, and your comeback is nothing short of exceptional. To a man who defied circumstances, I wish you nothing but the best. ” – Tatton

“Robert, you are an inspiration! I’m grateful for the opportunity to support your dream ” – Leah Scholtz

Launch your own crowdfunding campaign