Nickey Seger (48), a fitness specialist and wellbeing coach from Strubensvalley, Johannesburg, is honouring a decade-long promise she made to a student close to her heart.

In 2005, while working at Scuba City in Ferndale, Nickey met Goodwill Khuzwayo (41), a charming man who through a near-fatal taxi accident became disabled 4 years earlier.

“Goodwill was travelling to Zimbabwe to visit family when the taxi’s tyres burst. The taxi rolled and Goodwill fell out the vehicle, and was caught under the taxi. He had suffered head and spinal injuries,” Nickey told News24 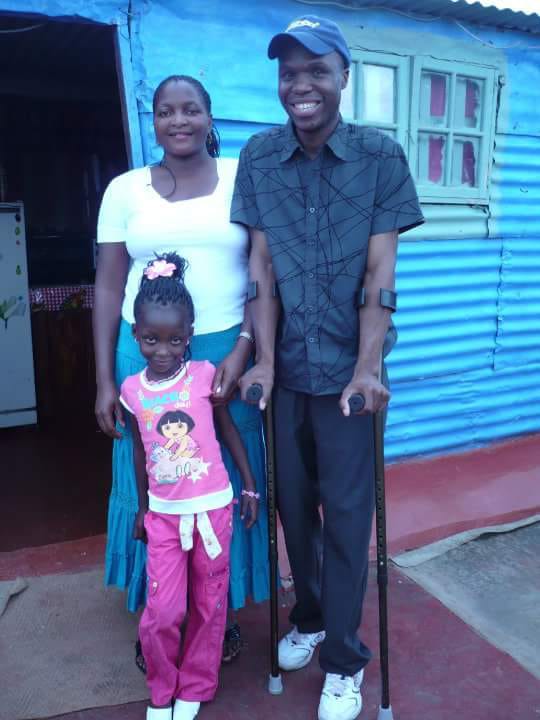 9 years ago: Goodwill, with his wife, Edna and little Nellie.

Inspired by his resilience, Nickey wrote to Radio 94.7, hoping that her colleague would be chosen during their annual 947 Xmas Wish. After 3 years of reaching out to the radio station, Nickey’s persistence finally paid off!

The radio station kindly agreed to grant Goodwill’s wish, sending his bright and bubbly daughter, Nellie, who was in grade 2 at the time, to MacLaren College, an upstanding private school in Cosmo City.

While Nellie thrived in her new environment and loved her new school, unfortunately, Goodwill was unable to cover her school fees for the remainder of her education and had no choice but to send her back to the government school she had previously attended.

Concerned that Nellie wouldn’t get the quality education she deserved, Nickey stepped in to lend a helping hand, promising the young student that she would do her best to cover the cost of her schooling until she matriculated. 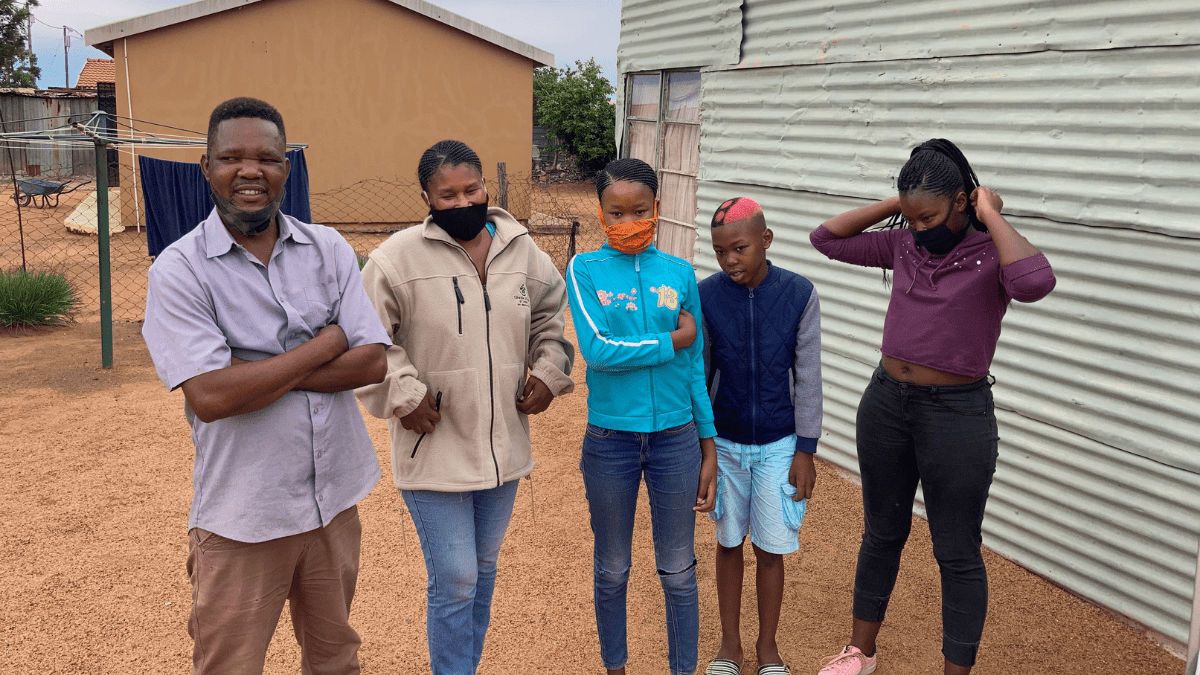 “It was important to me to help Nellie with her schooling because education is the key to unlocking the world. It helps us in all aspects of our lives. To me, education is the gateway to success. Success can be achieved when people have knowledge, skills, and attitude. All these things can be gained only with the help of education.” -says Nickey.

For the last 9 years, through personal challenges and the many ups and downs of her business, Nickey kept true to her promise.

Nellie is now 18-years old, and has grown into a soft, kind, focused, and determined young lady who aspires to become a nurse to serve her community.

“I want to become a nurse so I can fix my daddy, so that he can walk again. I want to be the one to nurse him back to good health. And I’m so eternally grateful to every donor that has contributed to my schooling,” Nellie told News24

Dressed for success: Nickey and Nellie share a special bond

Due to the unforeseen and devastating impact of the Covid-19 pandemic, which has affected Nickey’s business, like so many others in South Africa, Nickey, for the first time is unable to cover Nellie’s school fees on her own – but she isn’t planning on giving up!

To raise the R75,600 ($5000) needed to cover Nellie’s final year of school, Nickey has launched a crowdfunding campaign on BackaBuddy, and is pledging to complete 14 consecutive half marathons, a total distance of 295,4km, to get Nellie to the ‘finish line’ of her schooling career.

The challenge, which is Nickey’s labour of love, will begin on the 1st of February and end on Valentine’s Day, the 14th February 2022, symbolically, in front of Nellie’s school, Ruimsig Montessori.

Blown away by generous supporters

With overwhelming support from 116 local and international donors, over R135 000 ($8800) has been raised towards Nellie’s education in anticipation for Nickey’s challenge.

On Thursday, 27th of January 2022, Nickey shared an emotional message of thanks to everyone who has made this dream come true.

“I am reaching out to all South Africans to help Nellie finish her schooling while demonstrating to the country that “the power of a promise matters” no matter your circumstances, one can always rise above it and make a plan and maintain one’s integrity. With my challenge I hope to cover Nellie’s school fees and give a new spin of what love can look like during the month of love.” – says Nickey

When Nickey called Goodwill to tell him the news, he burst into tears

“I had no words. I just covered my eyes with my hands, and I burst out crying. I am so humbled. I still get emotional when I think about it. My child will be able to finish her matric year and go study to be a nurse next year. This is any parents’ dream, and I am overwhelmed with the many good, kind-hearted people living among us,”

“My daughter is still in shock, but it’s definitely a happy shock. As long as she’s been alive, she’s been telling us she wants to become a nurse, and now she’s one step closer to fulfilling her dream. We are so happy. We will forever be thankful to the many hands that donated,” Goodwill told News24

As this campaign is now fully funded, additional funds will be used to cover Nellie’s University fees.

2022: Goodwill, with his wife, Edna and little Nellie.

A message of thanks from Nickey:

Here is our Power of a Promise video on our 14 Consecutive Half Marathons Completed from 1-14 February 2022.

Our campaign was a huge success because of YOU.

THANK YOU to every single person involved, we are definitely #StrongerTogether

As South Africa’s first female Navy Diver, 4 time Iron Man finisher, and someone who has represented South Africa in the long-distance World Triathlon Championship in Germany in 2010, Nickey hopes to teach young women a life lesson:

“Throughout my life, I have been exposed to and pushed back against gender norms and stereotypes. From a young age, I made it my mission, to prove that women can do anything they put their mind to, I hope that this will inspire others to do the same”