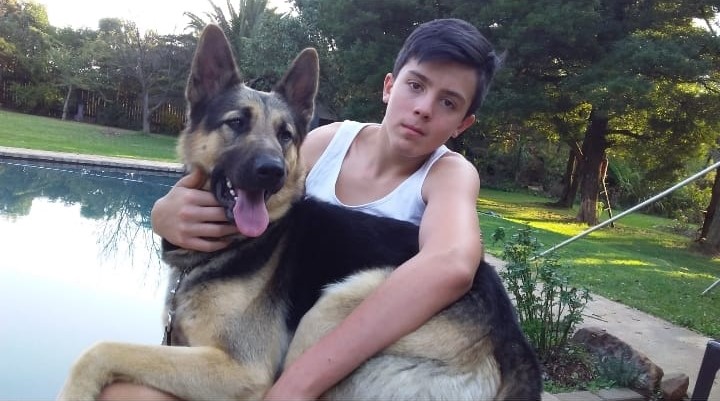 Reece Trumpelmann (17), a teenager from Bapsfontein, Gauteng, with the courage of a lion, was diagnosed with Gorlin Goltz Syndrome, an extremely rare cancer condition in 2016.

After bumping his jaw while playing on a jumping castle, Reece was taken to hospital, and after a number of tests and X-rays at Steve Biko Hospital, Reece’s parents Marsha Trumpelmann (43) and Bjorn Trumpelmann (46) were informed that their son had an autosomal dominant inherited disorder which is virtually unknown in South Africa.

“Gorlin Syndrome, also known as Nevoid Basal Cell Carcinoma Syndrome, is an inherited condition that affects many areas of the body and increases the risk of developing various cancerous and non-cancerous tumours.

It is caused by the loss of functions due to mutations in the tumour suppressor gene Patch1 which encodes the Sonic Hedghog Pathway.

You get different levels of this syndrome but unfortunately, Reece has been hit hard with most of the criteria. Currently, some of his symptoms are Multiple odontogenic tumours in his jaw which are attacking him constantly. 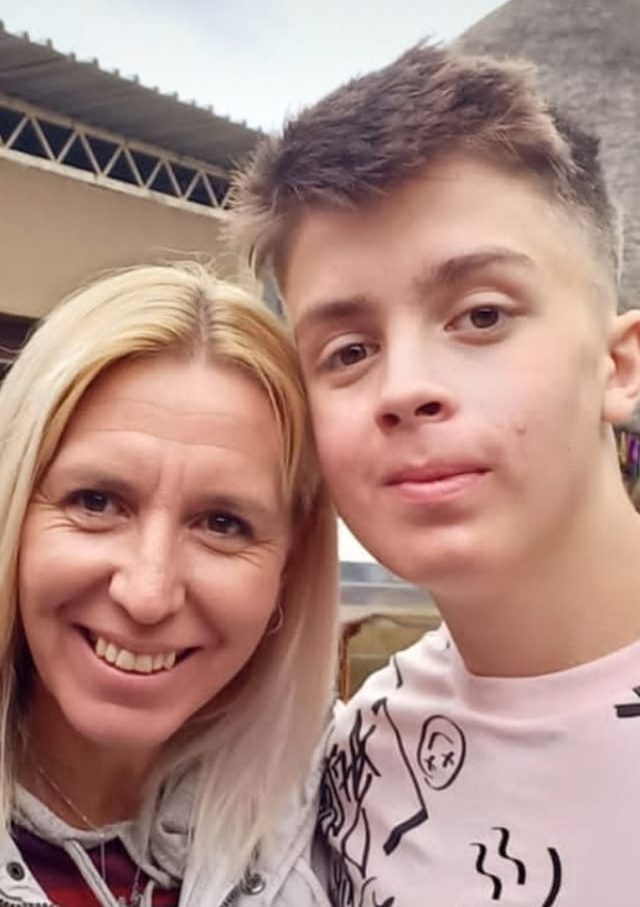 Picture above: Marcsha and Reece

Reece is currently being treated at Arwyp, Linmead, Wilgers, Glynwood, Midstream and so many other different hospitals by specialists to help give him the best care and comfort.

“We have finally after a long road found a magnificent team that truly has Reece in their best interests. I am so grateful. Reece needs so many things, tests and procedures done at the moment, and because of the finances, I just cannot do it. Our medical aid runs out in February already; as you can imagine, the bills are huge. Some things are not covered at all.” 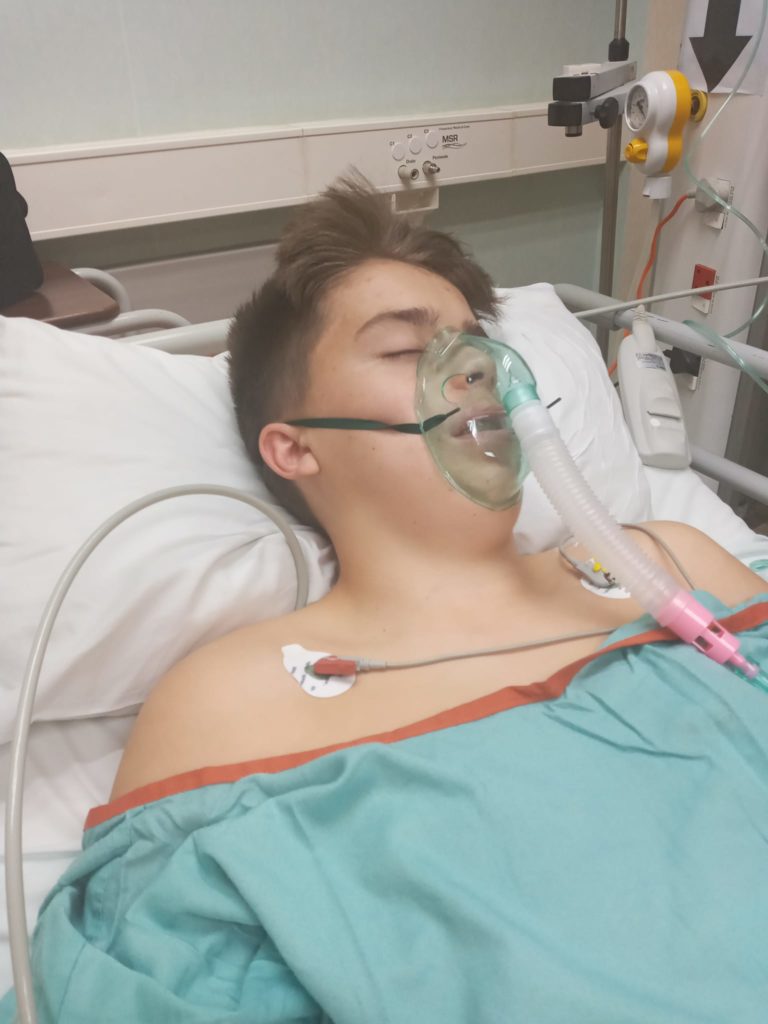 Managing Reece’s chronic illness has placed tremendous financial strain on the family, who are faced with constant mounting medical bills.

To help cover Reece’s co-payments on his top-tier medical aid, the family have launched a crowdfunding campaign on BackaBuddy, with the support of a non-profit organisation, Arms of Mercy,  to ensure Reece gets the treatment he needs.

“I will never ever give up fighting for this warrior. He has been to hell and back. He has had more operations than I can remember since he was diagnosed.” – says Marsha 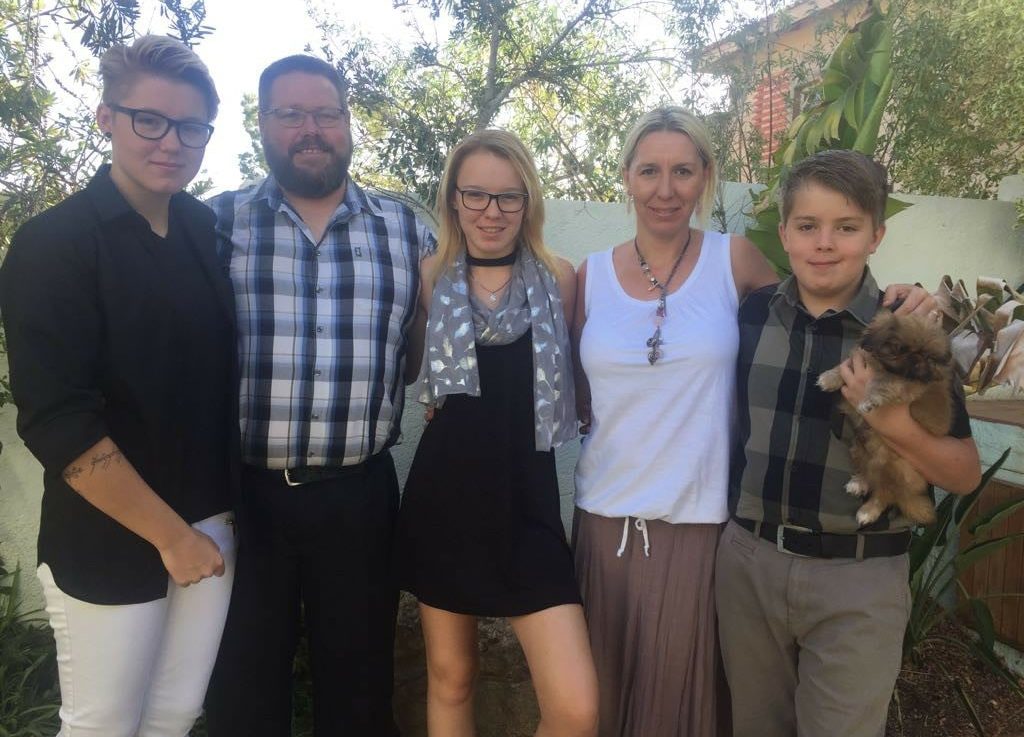 Picture above: Reece with his parents, Marsha and Bjorn, and his sisters Abigail (23) and Savannah (21).

Since last November, Reece has had an unsuccessful major jaw and sinuses reconstruction surgery. He has had over 50 tumours removed and recently came out of ICU and high care after having another major surgery

“Our son, Reece is truly a fighter and such a beautiful soul. All I want for Reece is happiness and comfort. I want to try to alleviate his pain and discomfort. I am just a mom fighting for my boy. Thank you for reading this and if you feel it in your heart please share his story. We truly need help in any way or form. God bless you all.” –  says Marsha Trumpelmann.

Support Reece by making a donation on BackaBuddy:

Alternatively, make a donation on Snapscan: